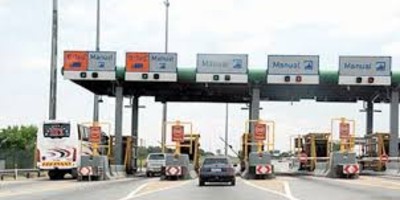 Border Closure:The Pains and the Gains

It’s exactly a year that the Federal Government of Nigeria under the leadership of President Muhhammadu Buhari made the law that closed the nation’s borders to it’s neighboring African countries. The Muhhammadu Buhari led administration cited the reason that the Federal Government decided to close the border to it’s neighbors because it believed that in doing so the Federal Government of Nigeria will have form control in  tackling proliferation of arms , snuggling and other illegal activities which are constantly been carried out across it’s borders which has to a very bad extent jeopardized the security of the nation Nigeria

Under the code name,”Ex Swift Response” the Federal Government of Nigeria over the duration of closing it’s borders  to it’s neighboring African countries stated that the closure has been more of a blessing to the nation at large. This was further emphasized by the Nigeria’s Minister of Information and Culture, Lai Mohammed. According to him, he stated that the closer borders has immensely and drastically curbed the incessant cases of cattle rustling, kidnapping, armed banditry and other forms of insecurities which has plagued the North-Wesr part of the nation in recent times

“The drill has drastically curtailed the inflow of arms and ammunition. Bandits and terrorists are finding it hard to procure arms and ammunition, hence we have recorded a reduction in cases of cattle rustling, kidnapping and armed banditry, which were predominant in the North-West Region,” Mohammed said, while leading a Federal Government’s delegation on a visit to Sector Four (North-West) of the Border Drill, last December.

He added that the smuggling of petroleum products, which had also been prominent through the borders in the North-West, had been curtailed due to the closure of filling stations along the border. “There are hundreds of filling stations along the border. We counted many as we drove to the border this morning. They were set up purposely for smuggling. They don’t sell the fuel consignment they receive to the public, 50 per cent of them are owned by foreigners. Now that they are closed, we have recorded over 30 per cent reduction in domestic fuel consumption,” Mohammed said.

“When we closed the border, my fear was that our revenue was going to drop. To be honest, our revenue kept increasing. There was a day in September that we collected N9.2 billion in one day. It has never happened before. This is after the closure of the border and since then, we have maintained an average of about N4.7 billion to N5.8 billion on a daily basis, which is far more than we used to collect.

“What we have discovered is that most of those cargoes that used to go to Benin (Republic) and are then smuggled into Nigeria now come to us. Now that we have closed the border, they are forced to bring their goods to either Apapa or Tin Can Island and we have to collect duty on them. If that (border closure) would continue, to us, it is a welcome situation. Our revenue has not reduced. As a matter of fact, it is increasing as a result of the closure of the border. About 10.2million litres of fuel have been cut down from what we assume, we have been consuming,” Ali said.

Following this revelation, there has been several commendations from plenty Nigeria praising the decision of the Federal Government of Nigeria to take the drastic but also bold step to closing it’s borders, among these numerous commendations is that of the  President of National Council of Managing Directors of Licensed Customs Agents (NCMDLCA), Mr. Lucky Amiwero, is of the opinion that while the border closure is against international treaties and protocols Nigeria entered into willingly, but the action has so far proved to be the most potent approach to tackling the several years of massive smuggling of goods from Nigeria’s neighbouring countries into Nigeria and smuggling of Nigerian fuel to those countries.

Amiwero ended his commendation by stating that  the cases of smuggling and other illegal activities along the nation’s borders has always been a major problem to the Nigerian economy, he also opined that if the process is sustained for the rest of the year and even if farther, there’s is going to be more positive changes and influences  on the economic outlook of the Nation.

Assessing the decision of the Federal Government to close it’s borders, no doubt the nation has benefitted immensely in certain areas especially in terms of security, however it has to certain extent affected the growth and expansion of certain  businesses. While at the beginning of the closure,it’s speculated to last 28 days as the government did not give a definite date for the re-opening of its borders, businesses had to subsequently move through their goods through the seaports. However given the perennial congestion at the Apapa Wharf, the process has been a nightmare.

The Federal Government must ensured that this decision is revisited and a favourable decision must be made in order to secure the survival of Nigerian businesses. The Vice President of the nation, Professor Temi Osinbajo had earlier stated during the 2020 Presidential Policy Dialogue of the Lagos Chamber of Commerce and Industry that the decision to close the borders was not absolute, adding that the Federal Government is in active deliberation with the OPS and other critical actors to see how the order could be reviewed.

While the Federal Government looks into the, it must also ensure that it continues to promote homegrown businesses and also ensure that the nation’s moribund industries are resuscitated. This if done will reduce the challenge of its various businesses sectors the problem of having to source for raw materials, goods and services outside the nation which will to a very large extent bring about great economical growth and development.