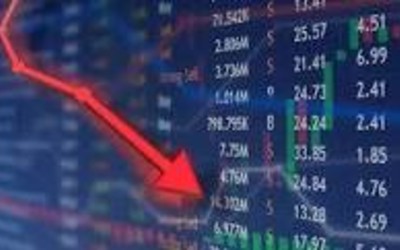 Sell pressure continued at the Nigerian Stock Exchange (NSE), amid negative sentiments fuelled by the rise in Coronavirus pandemic, exacerbated by the political crisis that has engulfed Nigeria’s ruling All Progressives Congress (APC), and wobbling economic data.

Although the NSE All-share index and market capitalisation appreciated marginally by 0.01 per cent to close the week at 24,829.02 and N12.952 trillion, respectively, market indicators plunged successively in four out of five trading days last week.

More so, all other indices finished lower with the exception of NSE-Main Board, NSE MERI Value, and NSE Lotus II Indices, which appreciated by 0.63 per cent, 0.41 per cent, and 0.26 per cent correspondingly, while NSE ASeM and NSE Consumer Goods closed flat.

A look at the market performance last week showed that losses suffered by most blue-chip stocks, especially Neimeth Pharmaceuticals, and Cutix, caused the local bourse to extend losing streak during Monday transactions, causing the market capitalisation to slip further by N38 billion.

Similarly, sell-offs in high cap stocks, transactions at the NSE continued southward on Tuesday, causing the ASI to contract by 3.86 absolute points, a 0.02 per cent fall to close at 24,750.06 points. Similarly, the overall market capitalisation shed N2 billion to close at N12.911 trillion.

The losing streak was extended on Wednesday as sell-offs in 22 stocks dragged the index further by 0.38 per cent.

However, at the close of transactions on Friday, the All-Share index advanced by 0.83 per cent. 14 stocks posted gains while 13 stocks declined.

The persistent fall in market activity and the continued negative trend reflect cautious trading among investors, as they factored in the expected Q2 earnings reports, which are likely to be disappointing as a result of the virus-induced economic downturn and lockdown.

Analysts at Codros capital said: “In our opinion, risks remain on the horizon due to a combination of the increasing number of COVID-19 cases in Nigeria and weak economic conditions. Thus, we continue to advise investors to trade cautiously and seek trading opportunities in only fundamentally justified stocks.”

Afrinvest capital said: “The coming week, we expect to see sustained profit-taking in early trade; however, we believe this negative trend would be reversed before the end of the week on account of bargain hunting by investors.”

Further analysis of last week’s trading showed that a total turnover of 739.375 million shares worth N8.563 billion was recorded in 17,248 deals by investors on the floor of the Exchange, in contrast to 1.050 billion shares valued at N10.125 billion that exchanged hands in 19,576 deals during the previous week.

The financial services industry (measured by volume) led the activity chart with 457.851 million shares worth N3.773 billion traded in 8,062 deals; thus contributing 61.92 per cent to the total equity turnover volume.