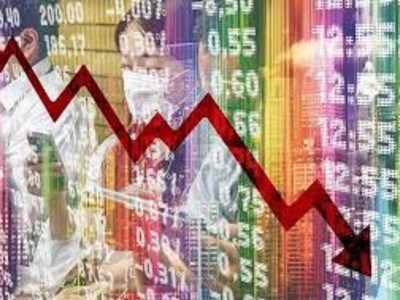 The National Bureau of Statistics, in its GDP report for Q2 2020, said on Monday that the decline was largely attributable to significantly lower levels of both domestic and international economic activity, which resulted from nationwide shutdown efforts aimed at containing the COVID-19 pandemic.

The Nigerian economy for the first time in three years suffered a major setback as it shrank in the second quarter of the Gross Domestic Product of the year 2020 by   6.10 per cent.

It was recorded in the Gross Domestic Product (GDP) for the year 2020 by the National Bureau of Statistics   on Monday 24th of August 2020 that the fall was largely caused by the ominously lower levels of both domestic and international economic activity which is majorly caused by the onslaught of the outbreak of Covid-19 realities which led to a nationwide lockdown decision which was taken by the Federal Government of Nigeria in line with the regulations of the World Health Organization to curtail and check the spread of the novel virus , Coronavirus in the country.

According to the National Bureau of Statistics“Gross Domestic Product decreased by –6.10 per cent (year-on-year) in real terms in the second quarter of 2020, ending the three-year trend of low but positive real growth rates recorded since the 2016/17 recession,”

The Nigerian economy came out of its first recession in twenty-five years in the second quarter of 2017 when it recorded a growth of 0.7 per cent and ever since then it had continue to make a slow but steady move back to the top. This growth might be truncated by the recent prediction by the World Bank which stated the Nation’s economy is most likely to experience another recession which might be its biggest in forty years, with this prediction and the recent dip in economic wit in the second quarter of the year 2020, the dip has lend credence to the claims of the World Bank. The onus now rest on the Federal government of Nigeria to put up economic policies to address the looming fall facing the nation’s economy. While the nation has heavily depended on the crude oil over the past few decades the recent fluctuation in oil price on the international oil market must give the federal government a penny for thought.

Also adding to this, the Nigerian Government must see to it that it revitalize its moribund homegrown industries; improve on its infrastructural development to motivate more youths who are unemployed in the Nation to take up entrepreneurial activities. The Nigerian government through the prioritization of the homegrown business sectors will see its economic lots improve in its subsequent quarters.