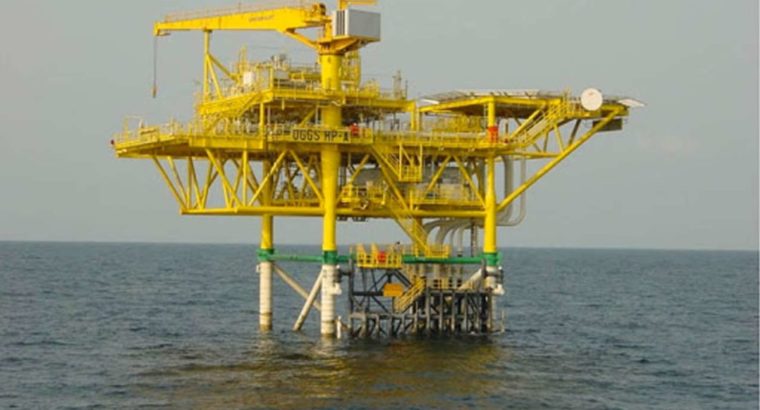 Nigeria’s ability to meet its monthly oil production quota and revenue target may become hampered if rising cases of coronavirus in offshore oil fields are not addressed.

With the country suffering huge revenue losses from decline in oil prices since March, and inability to sell its crude during the lockdown, there are fears that production may be disrupted with the spread of the virus in oil fields locations.

Offshore production accounts for more than 60 per cent of Nigeria’s 2.10 million-2.20 million barrels per day (b/d) crude and condensate output.
Yesterday, Nigeria’s Bonny light rose by 2.36 per cent to close at $42.93 per barrel at 4:17pm local time.

Nigeria’s oil receipts have continued to drop with the country’s revenue from the sector falling by N425.52billion in the first quarter (Q1) of 2020 to N940.91billion, according to the Minister of Finance, Budget and National Planning, Zainab Ahmed.

Meanwhile, the Department of Petroleum Resources (DPR), late Tuesday, warned that the act of non-compliance could severely disrupt activities in the industry, which is a critical sector of the Nigerian economy.

Nigeria has recorded 21,371 cases of coronavirus, with 930 reported in Rivers State, according to the daily update from the Nigeria Centre for Disease Control (NCDC), on Tuesday night.

Similarly, agency reports showed that maintenance at the offshore Bonga oil field has already been disrupted after the operator, Shell, was forced to evacuate workers due to a coronavirus outbreak.

Efforts by The Guardian to reach Shell for comments proved abortive, as calls were not answered.

The DPR had raised an alarm that a growing number of workers were being diagnosed with coronavirus at offshore and remote oil locations, and expressed fears it might disrupt production.

While it did not name the fields affected, the DPR blamed the outbreak on personnel not adhering to the rules and guidelines before leaving for offshore locations.

This concern on disruption in oil production becomes worrying just as the country was starting to cut its crude output in line with its OPEC+ obligations.

The Federal Government had said the OPEC member will comply fully with its quota by mid-July.

Kyari said this was because of technical difficulties in shutting its aging oil wells quickly enough.

“Consequently, and pursuant to Regulation 45 of the Petroleum (Drilling & Production) Regulations, 1969, no personnel (including Government authorities) shall be permitted to embark to offshore/remote locations in the oil and gas industry without being fully subjected to established protocols,” DPR said in a statement.

“Furthermore, all operators are to ensure that evidence of compliance with the protocols by personnel travelling to offshore/remote locations is duly documented,” the regulator added.

Earlier this week, Shell began evacuating workers from the Bonga floating, production, storage and offloading (FPSO) unit after some of them contracted coronavirus, resulting in the maintenance programme being halted.

The 225,000 b/d Bonga FPSO had been partially shut since late-May for repairs, which were expected to run until July, according to the local subsidiary, Shell Nigeria Exploration and Production Co.

“The affected workers were suspected to have contracted the disease at the port of Onne en route to the Bonga FPSO vessel. The disease was rampant at the Onne Port,” a source said.

The Onne Port, Rivers State, is the main base from where a large number of supply vessels operate to and from offshore facilities.

According to the latest S&P Global Platts OPEC+ survey, Nigeria produced nearly 300,000 b/d in excess of its 1.412 million b/d quota in May.

The OPEC+ group led by Russia and Saudi Arabia agreed on June 6, to extend tough output restrictions begun in May, in response to the coronavirus pandemic and plunging oil prices.