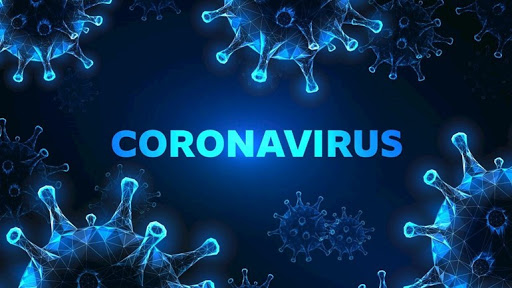 From Nigeria, to Egypt, to the UK, the United States, South Korea, Turkey, the sad reality in Italy and Spain, Corona virus also known as COVID-19  has refused to spare anyone. Untold stories of people dying all over abound and it’s a sad reality we have had to comprehend since the beginning of this pandemic.

In the last two months, our world has shifted from what know it to be. From the devastating impact of Coronavirus on the global market, to a major crash in oil prices, we will never exactly see the world the same again.

The spread of the virus has been unimaginable. It begs the questions, how did we get there, why was it hard for measures to be put in place to curtail spread from the very beginning. How did some parts of Asia get it right with their proactive measures and most places in Europe and the number one nation in the world, the United State got it all wrong in terms of approach?

What is a Corona virus?

The earliest known Coronavirus was prevalent in animals and was able to transmit from animals to humans. It is deadly and has no known cure till date.

How did it all start?

Coronavirus dubbed COVID-19 by the World Health Organization was said to have originated from the Chinese city of Wuhan around December 2019.

There is a strong belief that the Chinese govt underplayed the earliest discovery but this has not been proven. It was discovered that the Pneumonia like illness been experienced by several people was in actual fact a Coronavirus and that it was rapidly spreading through and outside of Wuhan.

From a seafood market in Wuhan, China, to multiple cities all over the world, the virus has wrecked havoc affecting thousands of people with devastating consequences.

The recent coronavirus outbreak has been traced to the seafood market located in the city of Wuhan, Hubei province, China. Despite its name, the seafood market does not just sell seafood. You can also find both alive and dead animals, including birds, snakes, rabbits, marmots, and bats, sold illegally.

Right now, it is believed that the first people to contract the virus were the sellers in the Wuhan seafood market. The disease then spread to the buyers, then the members of their families and people they contacted at work, and then developed into a global pandemic that affected 150 countries, hundreds of thousands of infected patients, and caused thousands of deaths.

Why is it Spreading?

Between February and March, the virus has rapidly spread across dozens of countries around the world.

Although its origin was traced to China, the country took aggressive action at the start of the outbreak. The government quickly shut down transportation in some cities and suspending public gatherings.

Because of a good available database, Officials were able to isolate sick people and aggressively tracked their contacts, and had a dedicated network of hospitals to test for the virus. With the recent containment success in China, focus inevitably has shifted to Europe who sadly has become the epicenter of the pandemic.  Italy for instance has now recorded more new cases reported in large numbers by the day than China did at the height of its outbreak.

In the US, though, the outbreak is accelerating faster than anywhere else in the world. New York City sadly has the highest number of cases in the country.

How dangerous is the new Virus and what are the likely symptoms?

With the reported number of cases and the large number of deaths, Coronavirus  is a serious illness and is very dangerous.  As earlier mentioned before, its symptoms ranging from mild to severe often than not resulting in hospitalization.  Common symptoms includes:  dry cough, fever, chest tightening, vomiting, body weakness among others.  A large number of people have been known to survive but sadly, It has also consumed a large number of people too.

From observations so far, older people are more at risk of having a severe case of the sickness or dying from it. Further findings have also shown that most deaths in this outbreak have been in older people and those with underlying health issues.  Health issues ranging from heart disease to hypertension and diabetes.

In a place like Italy with a large percentage of older people, most of the deaths have been attributed to underlying medical conditions fairly associated with lung diseases as a result of smoking.

How easily can the Virus spread?

The virus is moving rapidly around the world. The new coronavirus spreads quickly in contained environments, like airplanes, cruise ships, hospitals, homes and many more.

The virus has been discovered to  jump  between people who are in very close contact with each other. It also probably spreads when an infected person sneezes or coughs.

When we cough, or sneeze, the body produces little droplets of mucus and saliva. If these droplets make it into another person’s eyes, mouth or nose, they can get sick. The viruses in those little droplets can also fall onto surfaces, like tables or on door handles. Knowing the average person’s tendency to touch things, contact can thereby be spread further one touch that surface and touches their eyes, mouth or nose.  By so doing, an individual can get sick.

According to early research, the virus can linger on surfaces such as plastic and metal for up to 72 hours. In countries like Nigeria (which recently welcomed its first index case, an Italian who came into the country recently), Dettol, an antiseptic disinfectant brand has been quick to preach the wisdom of regularly cleaning surfaces, doors and other places we tend to touch regularly.

It is important to note that so far, the coronavirus isn’t known to spread through the air. This readily debunks some rumors that it does. Such rumors have been known to create unnecessary panic and fear.

Till date, it is still very much up in the air how symptoms develop or begins to show to be exact. There have been reported cases of people testing positive without showing any noticeable symptoms before then. The virus asides from the deadly effect are still relatively difficult to predict in terms of indicating symptoms. It’s still not clear when people with COVID-19 become contagious, or how long being contagious lasts. That may mean that people can spread the virus before they know they have it.

Preliminary research also suggests that people without symptoms or mild, almost unnoticeable symptoms may be driving the epidemic. That will make containing the spread of the virus more complicated.

According to the World Health Organization, it is estimated that “each sick person will go on to infect, on average, between 1.4 and 2.5 additional people”. This is a scary figure by the way.

What is the current Global Statistics?

As of now, the number of confirmed coronavirus cases has almost reached over 500,000. The pandemic has affected 153 countries in every part of the globe. There have been over 7,900 coronavirus-related deaths. Over 82,000 people have fully recovered from the disease.

The death rate from coronavirus is different from one age group to another. There have been no confirmed fatalities for children from 0 to 9 years old, while patients who are over 80 years old face a 14.8% death rate. For other age groups, the death rate varies from 0.2 to 8% and is heavily influenced by preexisting conditions, quality of medical care, and how quickly the patient began receiving treatment.

Can the Virus be treated?

As it is, there is no known cure. However, what doctors have been able to do is treat the developing symptoms in the hope that the infected person’s immune system will fight off the virus and eventually becoming immune to it.

At the moment, there are still no proven treatments for COVID-19, but there are dozens of studies underway to find some. There are clinical trials testing it in patients in China, in the US, and around the world. While there’s a lot of hype around the anti-malaria medication chloroquine, there’s still no evidence it or any other drug actually works.

Research teams and pharmaceutical companies are also working to develop a vaccine that can protect people from infection. However, vaccine development takes a long time.

What are the Countries currently affected?

Almost all the countries in various continents of the world are affected. The worst hit is Italy followed by Spain which is increasingly finding it difficult. See a list of some of the countries affected below

It’s a global pandemic that has affected over 200 countries and counting.

What measures have been taken so far globally to stem the increase in cases?

As countries grapple with the deadly effects of the virus, a wide range of measures have been put in place to stem the continuous rise in infections. See some of them below

What can I do to protect myself and others?

If you want to stay safe during the growing number of people infected with coronavirus, there are a few measures you can take:

As Dr Andrew Fauci of the American Centre for Disease Control famously said “we are still learning the extent of this virus and how to contain it”, it is expedient that various governments all over the world do more to curtail the spread.

No doubt, world economies will be greatly affected as more and more people are forced to sit at home but putting adequate measures to help curb the menace is the most important

As Babajide Sanwoolu, current governor of Lagos State, Nigeria quipped “The Economy can always recover, a lost life wouldn’t”, we can do our bit as individuals and as a collective to defeat this virus.

The World Health organization has rightly described it as the worst form of global pandemic to ever happen. The onus is then on countries of the world to find a way around it as their survival greatly depends on it.