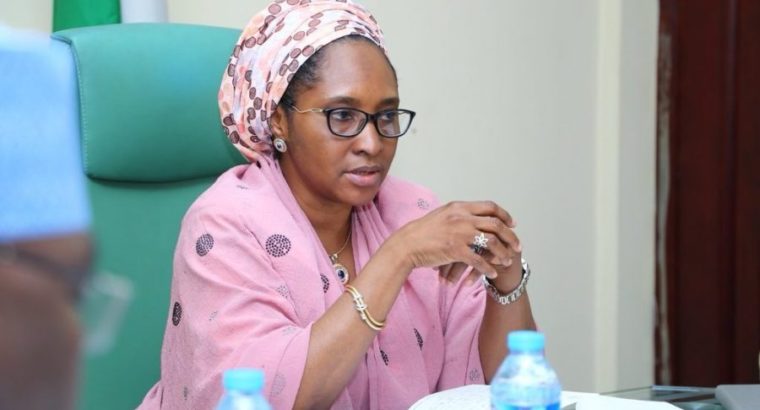 The budget review committee, which was set up by the President, on Monday, is chaired by the Minister of Finance, Budget and Planning, Mrs Zainab Ahmed.

According to a report by the PUNCH, the review committee’s  primary duty is to review the $57 oil benchmark for the budget and ultimately recommend an appropriate size, down from the current N10.59tn.

Other members are the Minister of State, Petroleum Resources, Mr Timipre Sylva; Governor of the Central Bank of Nigeria, Mr Godwin Emefiele; and the Group Managing Director of the Nigerian National Petroleum Corporation, Mr Mele Kyari.

The President had handed the assignment to the committee on Monday after he held a meeting at the Presidential Villa, Abuja, with the government officials.

Speaking with State House Correspondents after the meeting, Ahmed said the committee would determine the new benchmark for the budget.

She said, “Our mandate is to make a very quick assessment of the impact of this coronavirus on the economy, especially as it affects the crude oil price.

“We will be writing a report and briefing Mr President tomorrow (Tuesday) or Wednesday morning. After that, we will also have more substantial information for the press.

She added, “Where it will be lowered (benchmark) is the subject of this committee. What the impact will be on that is that there will be reduced revenue to the budget as it will cut the size of the budget.

“The quantum of the cut is what we are supposed to assess as a committee.”

The Buhari regime gave its first hint on a possible cut of the budget after last week’s Federal Executive Council meeting.

The minster, when asked by reporters what the impact of coronavirus would be on the budget, replied, “We are really concerned as a government.”

The Minister of State, Petroleum, Timipre Sylva also spoke on the reported disagreement between the Organisation of Petroleum Exporting Countries and OPEC+ member states on how both sides would respond to the impact of coronavirus on oil prices.

He said it was not a matter Nigeria could handle unilaterally, but would be handled at the level of OPEC versus OPEC+ bodies.

Global oil prices have been unstable since January, worsening with the outbreak of coronavirus in China and its rapid spread to many countries.

In December 2019 when Buhari signed the 2020 budget, Nigeria’s Brent crude was well above $60 per barrel. But, it soon began a free fall since January, dropping below the budgeted $57.

Recall that in 2015, oil price crashed to as low as $27 per barrel, forcing the economy into recession. The economy later exited recession as oil prices climbed again.

The steep fall in crude oil prices on Monday stoked fears of fresh economic recession that Nigeria suffered in 2016 and has yet to recover from more than two years after a shaky exit.

Brent, against which Nigeria’s oil is priced, fell by over $4 to $45.72 per barrel last Friday following the failure of OPEC and its 10 allies, led by Russia, to broker a deal.

Russia refused to go along with a plan for deeper crude production cuts to tackle the coronavirus’ impact on global oil demand.

OPEC had on Thursday revealed a plan under which it would slash its production quotas by an additional 1 million barrels per day for the rest of the year, contingent on Russia and nine other non-OPEC allies agreeing to shrink theirs by 500,000 bpd.

Saudi Arabia, on Saturday, fired the first shot in an oil price war, moving to hike its oil output and offering deep discounts to customers in markets such as Asia, Europe and the US to entice refiners to use Saudi crude.

Economic experts, in separate interviews with one of our correspondents, said the sharp drop in oil prices amid the price war would have serious implications for the Nigerian economy.