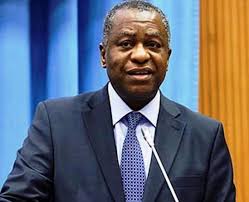 The Central Bank of Nigeria and the Nigerian National Petroleum Corporation have agreed to spend over N1bn on the quarantine and feeding of over 3,000 Nigerians awaiting evacuation in foreign countries.

The two organisations are expected to share the over N1bn cost of hotel accommodation and feeding of the returnees for 14 days on arrival in the country amid the coronavirus pandemic.

According to the PUNCH, The Minister of Foreign Affairs, Geoffrey Onyeama, disclosed this during a briefing by the Presidential Task Force on COVID-19 in Abuja.

The Federal Government had come under fire for asking prospective returnees to pay N290,000 for their isolation and feeding in hotels in Lagos and Abuja, ahead of their evacuation from the United States, United Kingdom, India, China, Thailand and Canada.

Specifically, the MFA, in a letter addressed to Nigerian missions abroad dated May 14, directed that all prospective evacuees must pay for their isolation and feeding before they could be airlifted.

The government had hinged its decision on the paucity of resources, noting that it could only support the 620 evacuees currently in quarantine.

But providing an update on Monday, Onyeama stated that many Nigerians had levelled various allegations against the Federal Government for asking the new batches of evacuees to pay for their isolation and feeding.

According to him, the government diverted funds meant for something else for the payment of the accommodation and feeding of the first three sets of evacuees currently in isolation.

The minister noted that the government found itself in a situation where it either had to stop the evacuation for lack of funds or make the citizens pay for it.

He explained that the government was aware of the fact that many stranded citizens in foreign countries were desperate to return home, adding that he was advised by the Minister of Environment, Dr Mohammed Abubakar, to solicit financial support from the CBN and the NNPC.

The minister stated, “The Minister of Environment, Dr Mohammed Abubakar, on Friday night called me and suggested, ‘why not try NNPC, why not try CBN? They have corporate social responsibility funding.’ I told him I would do that immediately.

“We are talking of over N1bn because till now, we have about 4,000 Nigerians out there and if 3,000 of them come back, the cost of accommodation, feeding and everything else is over N1bn that we don’t have and he said he is ready to explore and share with the NNPC.”

Onyeama added, “I spoke to the GMD of NNPC and he said he is going to consult. So, we kept fingers crossed and thanks be to God, today (Monday), he got back to me to say he was going to meet up with the governor of central bank and together, they would fund the portion – accommodation and feeding of evacuees, so we can go forward in a better environment.”

On why the evacuees were not tested for COVID-19 before the evacuation, the minister noted that medical experts suggested that it was not necessary, adding that the positive cases among the evacuees from the United Arab Emirates had justified the decision.

He said, “Medical experts had told us it was not necessary to test beforehand because the gestation cannot be seen immediately. I think the positive cases in Lagos actually showed that testing beforehand is not guaranteed, whatsoever.”

Onyeama further disclosed that Nigerians awaiting repatriation in India would soon be brought back by a local airline.