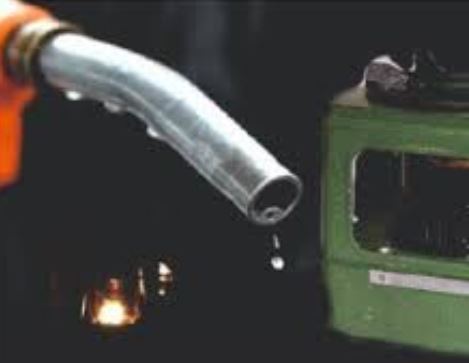 Despite the deregulation of petroleum products by the Federal Government of Nigeria, the pump prices of diesel and kerosene have yet to reflect the collapse of global crude oil prices.

According to a report by the PUNCH, following the sharp drop in oil prices, the pump price of petrol, which is still being regulated by the government, was reduced to N125 per litre from N145 per litre on March 18, 2020.

Prior to the coronavirus-induced fall in crude oil prices, the government was paying subsidy to make petrol cheaper.

Unlike petrol, the prices of diesel and kerosene are determined by market forces.

Diesel, which is mostly used by businesses to power their generators, is being sold between N210 and N240 in filling stations in Lagos.

Our correspondent gathered that kerosene, which is used by many Nigerians, especially in the rural areas, for cooking, was being sold for N230 per litre in Ikorodu, Lagos.

Data obtained from the PPPRA showed that the landing cost of diesel was N121.54 per litre on March 6, while the indicative open market price stood at N133.36 per litre.

On that day, the cost of diesel plus freight stood at $425.68 per metric tonne, while Brent crude, the international oil price benchmark, was trading at $45.60 per barrel.

The price of Brent tumbled to as low as $22 per barrel early last week before rising to close at $34.11 per barrel.

The Director-General, Lagos Chamber of Commerce and Industry, Mr Muda Yusuf, said the diesel and kerosene prices ought to have come down by now, considering the significant drop in crude oil prices.

He said the fuel marketers might argue that the prices of the products had not changed because they had yet to exhaust their old stocks.

He added that the presence of weak competition in the market could also be responsible for the development as a dominant player could influence prices.

“If there is strong competition in that space, prices should have been coming down. But there is also the argument that foreign exchange rate has gone up,” Yusuf said.

Nigeria, Africa’s largest oil producer, relies largely on importation for petrol and other refined products as its refineries have remained in a state of disrepair for many years.

Meanwhile, the Association of Distributors and Transporters of Petroleum Products has commended the Nigerian National Petroleum Corporation for supporting the association with diesel as part of efforts to ensure uninterrupted supply of fuel across the country.

The Zonal Chairman of the association, Alhaji Bashir Dan-Mallam, gave the commendation while speaking to newsmen on Sunday in Kano.

He noted that the support given to the association would go a long way in enhancing steady fuel supply nationwide during the partial lockdown in the country over the coronavirus pandemic.