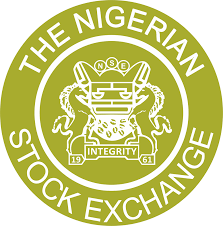 The Nigerian equity market on Thursday closed on a positive note as Dangote Cement Plc led other gainers to halt the negative sentiment of three consecutive trading days.

However, the market breadth closed negative, with 19 losers as against seven gainers.

According to a report by the PUNCH, The key market performance measures, the All Share Index of the Nigerian Stock Exchange and the market capitalisation, rose by 0.1 per cent as market sentiment returned to gaining streak following positive sentiment on undervalued stocks.

Meanwhile, a turnover of 255.6 million shares exchanged in 4,418 deals was recorded in the day’s trading.

Premium subsector was the most active (measured by turnover volume); with 157.7 million shares exchanged by investors in 2,687 deals.

Volume in the subsector was largely driven by activities in the shares of Zenith Bank Plc and FBN Holdings Plc.

Banking subsector boosted by activities in the shares of GTBank Plc and Fidelity Bank Plc followed with a turnover of 50.4 million shares in 616 deals.

The number of gainers at the close of trading session was seven while decliners closed at 19.