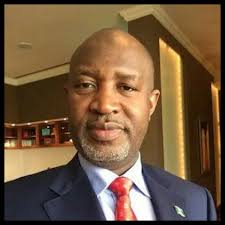 The Federal Government on Sunday impounded an aircraft belonging to a British company, Flair Jet for operating commercial flights into the Murtala Muhammed International Airport, Lagos despite the ban on such flight operations in Nigerian airports.

It was gathered that Flair Jet operated a Legacy 600 aircraft with registration G-ERFX into the Lagos airport after getting approval for humanitarian operations.

It was also learnt that the Nigerian Civil Aviation Authority had begun investigations into the matter, as officials at the agency and the Federal Ministry of Aviation stated that the aircraft was not cleared for commercial flights.

The PUNCH reports that they noted that the country’s airports were still under lock-down to commercial flight operations, as further findings would tell why the crew of the impounded plane decided to fly into Lagos on Sunday.

The Minister of Aviation, Hadi Sirika, who announced the seizure via his official Twitter handle on Sunday, confirmed that the aircraft was only authorized to conduct humanitarian flights.

Sirika also stated that the impounded aircraft had no approval outside humanitarian operations but was caught operating commercial flights.

The minister stressed that in addition to the confiscated aircraft, a “maximum penalty” would be imposed on the company for flouting the shutdown of the country’s airspace by the Federal Government to commercial flight operations.

The Federal Government had shut the country’s airspace as part of measures to curb the spread of COVID-19.

In his tweet on Sunday, Sirika said, “COVID-19. Flair Aviation, a UK company, was given approval for humanitarian operations but regrettably, we caught them conducting commercial flights.

“This is callous! The craft is impounded; the crew being interrogated. There shall be maximum penalty. Wrong time to try our resolve.”

The Federal Government on May 6, 2020, extended the suspension of both local and international flight operations in all Nigerian airports by additional four weeks.

The government had in March this year halted the operations of commercial flights by two weeks, before it announced additional four-week extension on May 6.

Commercial flight operations, both local and international, had stopped forthwith but the Federal Government allowed the operation of essential flights.

Such essential flights include those for medical and evacuation purposes, among others, as the government had stated that such flights were subject to the authorization of the Federal Ministry of Aviation and agencies under it.

When contacted to explain what actually happened at the Lagos airport, the spokesperson for the NCAA, Sam Adurogboye, told our correspondent that all the required information surrounding the incident was still sketchy as of 8.35pm on Sunday.

“I don’t have the details and I’m aware of the development. I’m still making calls myself; if I have, I will let you know. I am trying to reach the MD of NAMA, as they are the ones to brief us more on this,” he stated.

Our correspondent, however, gathered that the company name of the airline in question was Flair Jet with its office at the Birmingham International Airport in the United Kingdom.

The Director, Public Affairs, Federal Ministry of Aviation, James Odaudu, explained that the airline’s name/base was earlier under contention because it was mentioned as Flair Aviation instead of Flair Jet.

The spokesman, Ministry of Foreign Affairs, Mr Ferdinand Nwonye, said the ministry would report the incident to the British High Commission after receiving a full report of the incident from the aviation ministry.

He stated, “What the ministry would do is to convey the full report (of the flight violation) to the United Kingdom government through their embassy. Since the incident happened today (Sunday), we are not in the office and we have not been briefed. Maybe, by Monday (today), we will find out about it.”