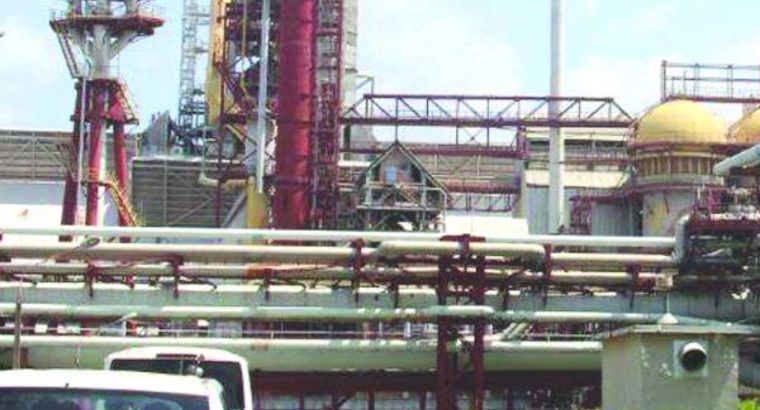 The Federal Government has inaugurated the Ajaokuta Presidential Project Implementation Team with the aim of diversifying the economy.

The Secretary to the Government of the Federation, Boss Mustapha, is the chairman of the team while the Minister of Mines and Steel Development, Olamilekan Adegbite, is the alternate chairman.

Inaugurating the committee in Abuja on Monday, the SGF said it was the desire of the government to industrialize the country and diversify the economy.

He said, “The Ajaokuta Steel plant has languished in economic unproductivity for about four decades and previous efforts at reviving it had proved abortive.

“This has resulted in avoidable massive foreign exchange losses at intolerable opportunity cost to the country.

“The pressing need to redress these avoidable challenges has necessitated this presidential intervention at this time. This is further underscored by difficulties being witnessed with present challenges in the global oil industry.”

The SGF said it was the focus of the regime to make Ajaokuta Steel West Africa’s largest fully integrated producer and most importantly, to accelerate industrialization in steel- related industries.

He added that the government placed a lot of value on the diversification of the economy, hence, the President’s participation at the Russia/Africa summit in Sochi, Russia, hosted by his Russian counterpart, President Vladimir Putin.

Mustapha pointed out that the Ajaokuta steel project would “be resuscitated on the basis of a government-to-government agreement with funding from the Afrexim bank and the Russian Export Centre.”

According to a statement by the Director of Information to the SGF, Willie Bassey, one of the key issues discussed by the parties was the technical audit, upgrade, completion and operation of the Ajaokuta Steel Company.

The statement said, “The inauguration of the Ajaokuta Presidential Project and Implementation Team is therefore meant to kick start the process of re-directing the activities of the steel plant with the aim of bringing the steel project back to life for the growth and economic development of our dear nation.”

The Terms of Reference of the committee include engaging in all bilateral negotiations as shall be necessary on behalf of the Federal Government leading to the execution of the Government-to-Government Agreement with the Russian Federation and the Afreximbank.