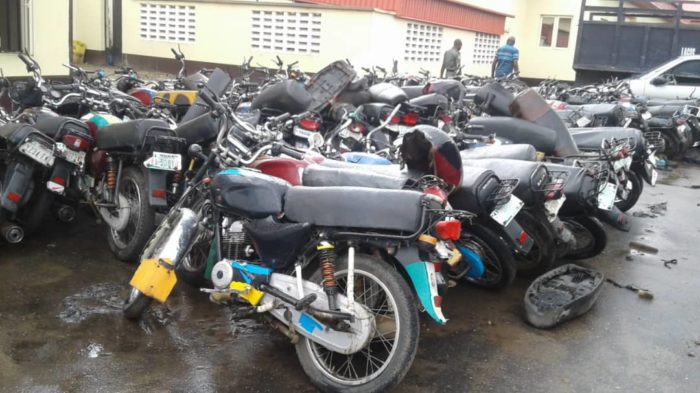 Lagos Ban: What next for Okada Riders?

January 27th, 2020 was meant to be just a regular working day in Lagos. Little did anyone know it will end up becoming a day to remember.  A day the average Lagosian will look back at and wonder about for a long time to come. A day the masses will look back on and wonder why when it comes to voting governments in, their voices do matter or not.

On January 27th 2020, the Lagos state government in a press release by the Commissioner for Information & Strategy, Gbenga Omotosho announced a total ban on operations of Motorcycles (popularly known in local parlance as Okadas) and Tricycles (also known as Keke Marwas) on major highways and bridges spread across the state effective February 1st, 2020.

He went further to say in the same statement “the decision was taken after a “robust assessment” between the government and the state security council”. “The assessment focused on the safety of using motorcycles and tricycles as a means of transportation. The statement said the casualty figures arising from their use are “scary.”  “From 2016 to 2019, there were over 10,000 accidents recorded at the General Hospitals alone,” Mr Omotosho said. “This number excludes unreported cases and those recorded by other hospitals. The total number of deaths from reported cases is over 600 as at date. “The rate of crimes aided by motorcycles (Okada) and tricycles (Keke) keeps rising. Motorcycles (Okada) and tricycles (Keke) are also used as getaway means by criminals.”

The ban, according to the statement, “will be enforced in 15 local governments and local council development areas across the state. They are Apapa LGA and Apapa Iganmu LCDA, Lagos Mainland LGA and Yaba LCDA, Surulere LGA and Itire-Ikate and Coker-Aguda LCDAs, Ikeja LGA and Onigbongbo and Ojodu LCDAs, Eti-Osa LGA and Ikoyi-Obalende and Iru/Victoria Island LCDAs, and Lagos island LGA and Lagos island East LCDA”.

The commissioner concludes by saying “it’s the first stage of the state government’s plan to sanitize our roads and protect Lagosians from the negative effects of these illegal modes of transportation,”

The Major roads and Bridges affected by the Ban are:

While this article will talk a bit about the associated problems with the recent ban, its primary aim is to focus more on solutions rather than dwell too long on the issues

Interestingly, successive governments in Lagos have overtime proposed one form of ban or the other. However, due to political calculations (usually very obvious during election years), the ban was usually partially removed or reversed outrightly. The current government in Lagos headed by Babajide Sanwo Olu is however insisting there is no going back on fully implementing one of the key components of the Lagos Traffic Law, passed under the government of the current minister for works, Babatunde Raji Fashola. The Law seeks to eradicate every obstacle in the path of Lagos becoming a Mega City. The general belief that governments over the years have always seen Okadas has having no place in the Mega city plans and projections.

The announcement came as a rude shock to many. Lagosians who generally depend on the services of Okada riders to commute daily while avoiding the notorious daily traffic spread across different parts of Lagos. However, the people that will suffer the most resultant effect the most is the Okada riders as they never saw the outright ban coming! Successive government over the years have used the Okada ban as a simple political tool to curry favors particularly during electioneering campaigns and it always worked. This time around, the government as ill-advised as it looked decided it was the right call.

Various reasons have been attributed to the ban. Let’s examine a few

We can go on and on highlighting lots of reasons why the ban has to come into effect and still not do the list justice.

Who are the worst hits?

Should the government have managed the issues better? Definitely YES.

How? By embracing stakeholder dialogue from the very beginning; while working closely with stake holders to roll out alternative measures first. By so doing, they get to see firsthand how these alternatives can work, their viability and sustainability, get moderate and maximum feedbacks in the process as well

Can the government find a way to remedy even though they have lost a great amount of good will? I believe so. We will wait to examine this shortly.

The Okada riders are the worst hit. The average Okada rider is a family breadwinner with a sizeable number of people depending on him to make ends meet with what he makes daily. By banning their activities without credible alternatives, you not only risk their source of livelihood but create a ripple effect too

The ban will hurt families just as it has rendered their breadwinners unable to provide for their families too. Three square meals have literally become a thing of the past and no longer feasible.

I know of an Okada rider called Emeka who used to drive an Okada for a living round Lagos. Emeka is a jolly good fellow who dreams big and and always believe his big break will come no matter what. It was near impossible to get angry or upset around Emeka. As much as Emeka realizes the danger attached to what he used to do, he felt it was always worth it as he is able to take care of his family, send his kids to school and still be able to save. Sadly, all that has been taking away from Emeka and his family faces a bleak future except something gives.

A Solution in sight

I mentioned Emeka’s story above for a good reason. In the course of talking to him over a period of time, I discovered that Emeka actually learnt a trade before deciding to venture into the Okada riding business. My next question was simple, why ride an okada? Why was it difficult to face your learned trade and make the best of opportunities that come your way? Emeka answer was simple. For him, driving Okada with little or no training guaranteed him easy money. Easy money that blinded him to the risk factors associated with the Okada business.

There are lots of Emekas out there. Okada riders who got trained in the informal business. By training, its either:

Various types of informal business training/artisans training exists and its common after talking to loads of Okada riders, that they learnt these different of trade/business. See a few examples of such below

What is most common to these services is that they all undergo one form of training or the other before they are categorized as ‘professionals’ in their respective fields. These trainings typically last for a number of years but you find out that in most cases, the trainings are abandoned to focus on other things; most in particular, Okada business.

Tope Alaka trained as an Aluminium Fabricator for a year and a half before abandoning the training to try his luck on the Okada business. There is hardly any route in Lagos he does not know. Tope abandoned a training that should ordinarily last him for 5 years because he felt training duration was rather long and he was keen on making the quick bucks.

Ahmed, trained as a Bricklayer. He actually finished the training but couldn’t afford the ‘freedom ceremony’ expenses. He then decided to start riding an okada so as to raise funds to be able to afford his graduation expenses. After riding for about 6 months, he was able to afford it but still refused to go ahead with the ceremony. In his words “Okada business dey bring money, why I go spend money to do freedom wey I no need”.

For most of these guys, what is pretty common is that they learnt a trade, and can boast of having one skill or the other that can be harnessed to fetch them money. Skills that they can leverage on to adequately take care of their families too.

Now that the Okada ban is in full effect, are a lot of them willing to go back to their ‘first love’? Of course, the answer is an obvious yes! However, getting back to use the initial skills they have learnt to make a living will require a few additional things in my opinion.

For every trained Artisan (be it a Mechanic, Tiller, Aluminum Fabricator, Painter, Carpenter etc.) looking to then develop the business, it is important to leverage on the many opportunities available via the internet.

For example, a mechanic who is looking to grow needs to be creative in other to grow and get much needed customers for his business. As a mechanic, if you advertise your services online (a Free classified ads in Nigeria platform can help you), they need to know the following for a start:

An article such as how to promote your business online will greatly help as per knowing all what to do. For a mechanic who obviously does not have a large budget to advertise online, free classified ads platforms like Delon.ng allows you post ads free of charge while showing you in great detail how you can buy and sell online as well.

Classified ads websites are usually just for adverts with the actual buying and selling activity happening offline. In other words, though some users pay for adverts on the classified ads website in order to boost their advert, actual payment, shipping, or return of products and services don’t happen through the website. The buyer and the seller meet each other through the website, but perform their transactions outside the website platform.

Imagine a highly skilled mechanic at a Lagos suburb location where most customers want to pay him peanuts, but he is perhaps more skilled than an average mechanic in Lekki.  How does that artisan get to connect with prospective customers at Lekki or Lagos Mainland?  That artisan needs to leverage the use of the internet to get his words out.  If he or she cannot use smart phones or doesn’t have enough money to buy smart phones, a good option is to get a tech-savvy person and pay that person to help with some free online marketing.  Same goes for several other Artisan businesses that can leverage on the opportunities the internet provides to grow their business.

Apart from the vast opportunities an artisan can avail himself of online, a government like Lagos State having decided to ban okada operations can ensure artisans not only return to their former trained businesses but also provide them opportunities in addition to what online advertising can do for their businesses. This the government can do by investing time, energy, resources and money into providing FREE business training to small businesses.  Often time, many small businesses fail very quickly because they are not properly trained about running and growing their businesses.

So what are you waiting for, you can no longer use the Okada ban as an excuse. Start now!