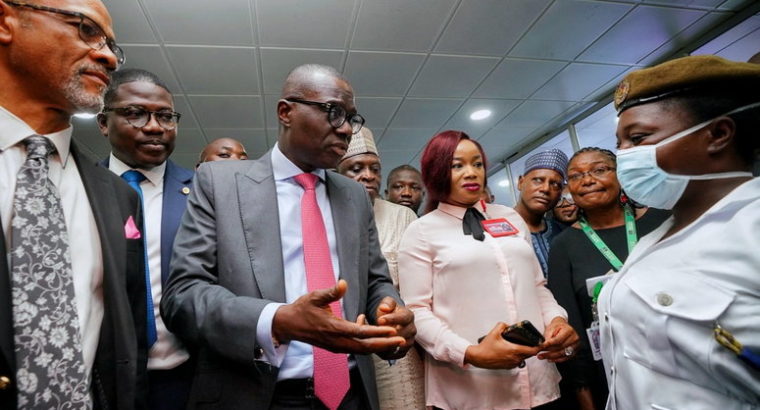 Lagos State Government has announced plans to reintroduce  full lockdown if there is no improvement in adherence to the public health guidelines.

The government noted that in the first week of the easing of the lockdown, there had been a repetitive and flagrant disregard for the earlier announced health guidelines, a move that could frustrate the government’s efforts to contain the virus.

“As a government elected to uphold the security of its citizens, which includes health security, we will not hesitate to review the terms of #EasingTheLockdown if we do not see an improvement in the adherence to our public health guidelines over the next couple of days,” Governor Babajide Sanwo-Olu said in a Saturday evening tweet.

Sanwo-Olu said that the state was at a critical point in the management of the virus, and people had to take responsibility for their safety and the safety of others around them, by strictly adhering to government directives.

He noted that low compliance on social distancing directives had been observed from operators of commercial buses, and commercial motorcycles, which were still plying roads despite the suspension of their activities.

To bring the situation under control, the state government has directed security agencies to confiscate any motorcycle or commercial bus of drivers who flout the rules.

Given the rapid increase in the number of cases in the last week, the state government is decentralizing the isolation strategy to allow primary healthcare facilities into the network of isolation centers.

The Governor said that some primary healthcare facilities would be accredited to manage mild and moderate cases of the virus.

Since the phased easing of the lockdown commenced on Monday, the number of confirmed cases in Lagos has risen from 1,107 cases on Monday, May 4 to 1764 on Saturday night May 9.

This means that within 6 days, the state experienced a 59.3% increase in the number of confirmed cases, the highest weekly increase ever recorded in Lagos State since the discovery of the index case in February 2020.