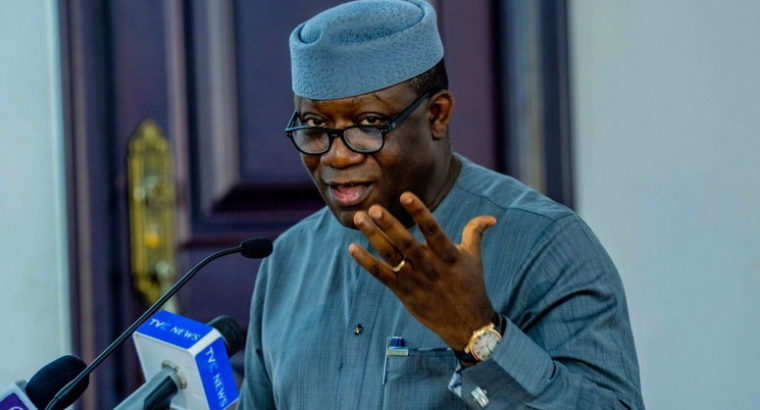 Ekiti State Governor, Dr Kayode Fayemi, has described the $5m investment (N2bn) by Promasidor Nigeria Limited to reactivate the moribund Ikun Dairy Farm in the state as a catalyst that will turn around the economic fortune of the state.

The governor said the diary farm which would further boost the economy of the state when operational had made the company a major investor in the state.

The governor said this in statement on Thursday by Promasidor, adding that the reactivation of the ailing industry, which would be done in partnership with Promasidor and the Central Bank of Nigeria, would ensure a daily production of about 10, 000 litres of milk.

He explained that the diary farm located in Ikun Ekiti  in the Moba Local Government Area of the state would have begun producing milk but from the lockdown imposed to curb the spread of COVID-19.

Fayemi, who spoke in Ado Ekiti while receiving over N34m worth of food products as palliatives from Promasidor, said his administration was working to revive other moribund industries in the state to further boost its economy.

The governor, who was represented by his Special Adviser on Investment, Mr Akintunde Oyebode, said the donation had further proved that Promasidor was very committed to the growth of Ekiti State.

He said, “The revamping of Ikun Dairy Farm, established in 1987, but abandoned by past administrations in the state, was part of the move by our administration to attract more investors to the state.

“Let me reiterate the readiness of our administration to continue to provide an enabling environment for private industries to thrive in the state. An arrangement had been concluded to revive Ire Clay Bricks Limited and other industries in the state.

“Promasidor has made an initial investment of $5m in the farm which will be invested to procure cattle, equip the dairy farm, establish a farm to produce feed and renovate existing buildings.”

The Chief Executive Officer of Promasidor Nigeria, Mr Anders Einarsson, while handling the materials to the governor, said the donation was aimed at assisting the most vulnerable people.

Einarsson said, “Our outreach project will go a long way in helping the most vulnerable in our society who have had their income disrupted as a result of the disease.

“As a company who cares for the people regardless of their socio-economic status, we deemed it necessary to step in and assist in the best way possible by ensuring food and nourishment should not be a worry for them at this time.”