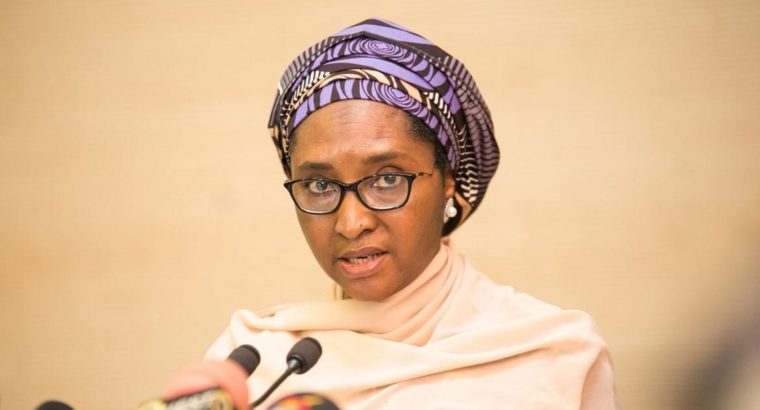 The ministers of finance from African countries have called for debt relief from bilateral, multilateral and commercial partners to cushion the negative impact of the coronavirus pandemic on the economies of countries within the region. The PUNCH reports

They said the debt relief should be done with the support of multilateral and bilateral financial institutions such as the International Monetary Fund, the World Bank Group, and the European Union, among others.

This, they said, would help to ensure that African countries got fiscal space required to deal with the COVID-19 crisis.

The call for debt relief was made at the end of a second virtual meeting.

The meeting, which was hosted by the Executive Secretary of the Economic Commission for Africa, Vera Songwe; and co-chaired by Minister of Finance of South Africa, Tito Mboweni, and that of Ghana Ken Ofori-Atta, was held against the backdrop of rising COVID-19 cases in Africa.

Highlights of the decisions reached at the meeting were contained in a statement issued by the ECA on Wednesday and made available to our correspondent.

They said the need for longer period for debt relief was imperative given that the global economy had entered a period of a synchronised slowdown, with recovery only expected after about 24 to 36 months.

The ministers said development partners should consider debt relief and forbearance of interest payments over a two to three-year period for all African countries.

While calling for all possible actions to bring the spread of coronavirus under control in the short term, the ministers emphasised the urgent need for a $100bn emergency financing for COVID-19.

The statement read in part, “The ministers called for debt relief from bilateral, multilateral and commercial partners with the support of the multilateral and bilateral financial institutions such as the IMF, WBG, EU to ensure that African countries get fiscal space required to deal with the COVID-19 crisis.

“They called for a special purpose vehicle to be created to deal with all sovereign debt obligations. Substantial drops in revenue from commodity price drops coupled with increasing costs of imports is putting pressures on both inflation and the exchange rate.

“Given that the global economy has entered a period of a synchronised slowdown, with recovery only expected after about 24 to 36 months, development partners should consider debt relief and forbearance of interest payments over a two to three-year period for all African countries.”

The finance ministers, according to the statement, acknowledged the importance of the private sector for job creation.

It called on development finance institutions to support the private sector in this difficult time.

It said since Africa is a net importer of pharmaceutical products, enabling local continental production could serve to protect some jobs and guarantee supply of essential medicines during the crisis.

On the enormous losses being incurred in the airline and hospitality industry, the statement said the ministers called for the protection and preservation of the African airline, logistics and tourism industry.

It described the industry as an important job-creating sector for millions of Africans and must be protected.