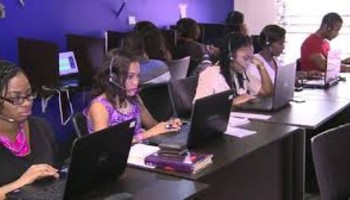 “The unprecedented crisis requires an equally unprecedented policy response from the entire Nigerian public sector, in collaboration with the private sector, to save lives, protect livelihoods, and lay the foundations for a strong economic recovery,”  Marco Hernandez, World Bank Lead Economist for Nigeria

I support the Arsenal football club which is quite popular football merchandise noted for various reasons, among them is their perchance for giving its fans a nervy time anytime it’s on the field either it’s playing a big team or not.

This similar feature is similar to every Nigerians or should I put the Nigerian situation as every challenge that comes its way always shake to its economics in one way or the other.

Let me be more clearer on this, while the rest of the world are looking for progressive ways and means to drive its nation out of the onslaught of Covid-19 on their respective economics’ by adopting solid and strategic economic policies, the Nigerian Government continues to do nothing to curtail its economic losses, while it endlessly waits for the pandemic to be over so that it could resume its selling of crude oil in the international market.

Nigeria’s economy had for over three decades now been presided over by the brightest economists from all over the world, from the top echelon of the World Bank, ADB/ADF, the Academic Community, and other economic pundits.

Yet, The Human Development Index (HDI) of Nigerians which is an aggregate of the general standard of living of the people in terms of access to education, health care, housing, security, potable water, and high life expectancy, etc. has not improved, and to some extent has deteriorated significantly.

It is quite expected from a government that prioritizes the welfare and economic stability of its nation, it is expected that the Nigerian government should roll out strategic policies that will help homegrown business as well as “foreign-based businesses, small and medium scale ventures inclusive’ grow, the case is different as these business enterprises have been made to contend with the various harsh economic policies from the federal government which offers no respite or help to these business outfits in the wake of the effect of covid-19.

The distressing economic realities in Nigeria has in recent times led to the closure of several businesses, both small and large scale, the popular Gokada, Opay enterprise have announced their exit from the Nigerian business market, and the most shocking of them is the announcement by the South African owned business outfit, ShopRite.

Africa’s biggest supermarket chain, South African-owned Shoprite, says it is considering pulling out of Nigeria. It said it was looking at selling all “or a majority stake” of its operations in Africa’s most populous country.

Shoprite is the latest South African retailer to look at leaving Nigeria. Shoprite’s decision comes at a time when Nigeria’s economy is struggling amid the coronavirus pandemic.

An Overview of the Nigerian Economy

The Nigerian economy is dominated by crude oil, which accounts for about 10% of the country’s GDP, 70% of government revenue, and more than 83% of the country’s total export earnings, according to OPEC. Nigeria is the world’s 8th oil exporter, and its oil reserves are estimated at about 35 billion barrels. The country also has become one of the lead exporters of liquefied natural gas, which accounts for an additional 15.5% of exports. The country also extracts tin ore and coal for domestic use.

Nigeria’s other natural resources include iron ore, limestone, niobium, lead, zinc, and arable land. Another key sector of the Nigerian economy is agriculture, which employs 36% of the workforce and contributes to about 21.2% of GDP. The Southern and Central regions of the country produce yam, rice, and maize while the Northern regions produce sorghum, millet, rice, and livestock farming. Other major crops include beans, sesame, cashew nuts, cassava, cocoa beans, rubber, soybeans, and bananas. Nigerian agriculture is mainly centered on subsistence farming and it is not modernized enough.

The industrial sector makes up 25.7% of the GDP and employs 12% of the workforce. Its development has been constrained by power shortage. The largest industries in the country are the petroleum industry, tourism, agriculture, and mining. The petroleum industry currently suffers from oil theft, which is believed to cost the country potential revenues valued as much as USD 10.9 billion. Significant oil losses are also recorded due to oil spills.

Services represent 52% of the GDP and employ 52% of the population. Financial sectors, telecommunications, and retail especially are very dynamic. Tourism is also a significant sector, and to foster its growth, the government has established the Ministry of Culture, Tourism, and National Orientation. However, this sector still struggles from the country’s poor power supply, insufficient road infrastructures, and poor water quality.

Given the above metrics, and all the forecast is given by renowned economist expert regarding the Nigerian economy and its sustainability in years to come, there is a need for the Nigerian government to have a re-think in its approach in order to curtail the looming disaster which is heading towards its economic structure. Economic viability and financial stability are the backbones of any nation that must not be toyed with and everything must be done in regards to keeping it sailing. The Nigerian economy is already strained as made obvious in the numbers of businesses closing down, the high rate of jobless Nigerians, the low purchasing power of the masses, and the quite alarming rate at which Muhammadu Buhari’s government is borrowing heavily from other nations to finance its projects. The Federal government came under heavy criticism recently for its loan deal agreement with China, a deal which many people believed that it put into jeopardy the sovereignty of the nation.

According to a  recently published article on the nation titled,” Covid-19: Nigeria must prioritize homegrown strategies”  truth be told, Nigeria is not approaching recession, Covid-10, and the consequent crude oil price slump have already put the country back in recession.

In terms of human capital, Nigeria is one of the greatest countries on earth, so rather than blame China, the United States, Europe, or even Nigerian returnees for the Covid-19 crisis within its borders, it must rather focus on ensuring that its healthcare system is well strengthened to overcome this challenge which will, in the long run, help its large populace to get back on their feet and get to business.

Coupled with this, it must adopt economic policies that are favorable for the growth and sustenance of its various levels of business enterprise in Nigeria which includes both large scale and small scale.

Adding to the aforementioned, the federal government must be proactive in containing the outbreak and preparing for a more severe outbreak; enhancing macroeconomic management to boost investor confidence;  safeguarding and mobilizing revenues;  reprioritizing public spending to protect critical development expenditures and stimulate economic activity; and protecting poor and vulnerable communities.