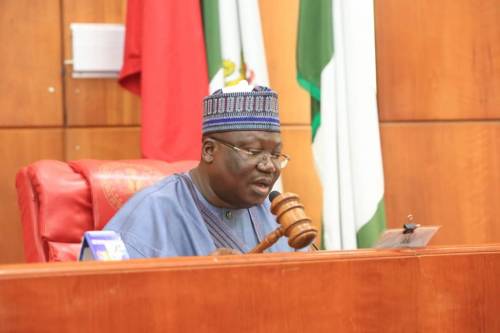 The red chamber said the amendments to the Nigerian Oil and Gas Industry Content Development Act 2010 would boost local content and strengthen the nation’s economy.

The sponsor of the bill, Senator Teslim Folarin, said it sought to amend 38 sections of the extant Act while introducing six new sections. THE PUNCH reports.

Folarin said the essence of the bill was to bring the provisions of the sections to be amended into congruence with industry best practice.

He said, “Before this Act came into force in 2019, over 90 per cent of the $20bn spent yearly in the Nigerian oil and gas industry was repatriated abroad.

“This was because a large chunk of the contracts was executed by foreign companies and in foreign facilities.

“With only few indigenous players and facilities participating in the contracting process in the industry, Nigerian content was less than five per cent.”

He however said with the enactment of the Act and the establishment of the Nigerian Content Development and Monitoring Board, Nigerians had also developed the capacity to carry out a lot of onshore upstream activities.

Folarin said, “There has been a boost in the promotion of indigenous participation and the fostering of technological transfer as reflected in appreciable local growth.

“The implementation of the Nigerian Content Fund by the Board has also facilitated the provision of capital and financial support to several indigenous companies.”

The amendment to Section 11 captured in the new bill, according to Folarin, would give powers to the Minister of Petroleum to review the minimum target level for Nigerian content set in the schedule where the level is considered beyond the capacity of Nigerian companies by the board.

Similarly, the amendment proposed to Section 33 of the Act would streamline and strengthen the process for obtaining expatriate quota to close the gap for current leakages and manipulation by foreign companies.

Amendments to Sections 37, 38 and 39 in the bill, he said, were to improve the provisions relating to research and development and to ensure proper implementation.

He said Section 76 was proposed to give the governing council of the board the role of superintending over the conditions of service of employees.

The bill was referred by the Senate President, Senator Ahmad Lawan, to the Committee on Local Content for further legislative work.