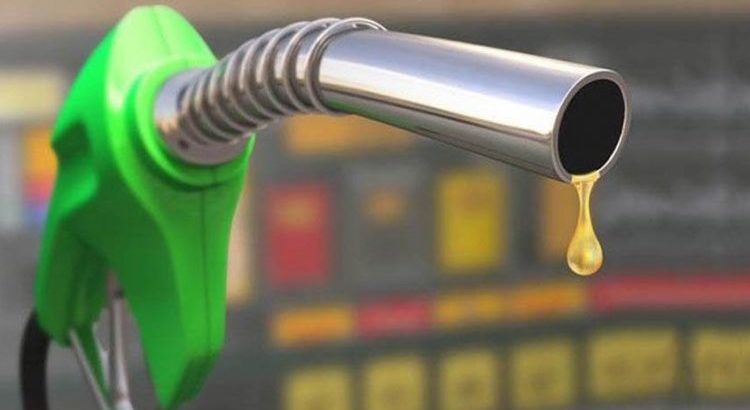 Oil crash: Nigeria’s economy may slide into another recession

Nigeria’s economy may slide into another recession as the sudden crash in crude oil prices is set to wipe $8.63bn from the expected earnings accruable to the country in six months.

According to a report by the PUNCH, the nation has lost over $335.7m after the crude oil price plunged last week, hovering between $30 to $36 per barrel. This is based on the 2020 budget benchmark of $57 per barrel.

Nigeria could lose about $8.63bn to the crude price crash as Goldman Sachs in a report predicted that oil price would stay near $30 per barrel in the next six months, amid Saudi Arabia-Russia price war.

Should the price of crude stay around $30 per barrel range, another economic recession in Nigeria may set in, economic experts and Nigeria’s major oil sector unions have stated.

The crude oil sales make about 90 per cent of foreign exchange earnings in Nigeria.

The country’s 2020 budget passed in December last year was calculated on crude production of 2.18 million barrels a day at a price of $57 per barrel.

But the benchmark Brent crude futures traded at $35.44 per barrel on Sunday morning. It had dropped by 20 per cent at slightly above $36 a barrel it traded last week Monday.

The commodity has traded at an average price of about $35 per barrel since the recent price crash.

But the nation’s crude oil earnings have plummeted to about $76.3m daily, following the latest drop in oil price.

This implies that the country is losing about $47.96m daily since the recent crash in crude oil prices, representing $335.7m in the last one week.

The country is, therefore, set to lose a whopping $8.63bn in six months time, going by Goldman Sachs’ prediction that crude oil would trade for near $30 per barrel in the next six months.

Nigeria passed a record N10.6tn ($34.6bn) 2020 budget in December last year. But experts are jittery that a loss of $8.63bn from the country’s crude oil earnings would adversely impact the economy.

With an economic growth around two per cent, they noted Nigeria was still struggling to shake off the effects of the 2016 recession, which was caused by the oil price collapse of 2014.

According to the experts, if nothing significant is done to shore up the revenue following the current crash in crude oil prices, another recession is definitely imminent.

“Anybody who is telling you that we are not heading towards another recession is lying. Right now, crude oil supply is in surplus and demand is minimal,” the National Public Relations Officer, Petroleum and Natural Gas Senior Staff Association of Nigeria, Fortune Obi, stated.

Obi, however, said there were a number of ways to save the economy from sliding into another recession, noting that the stoppage of petrol subsidy was one of such ways.

He said, “What is good for us as a people now is for us to disengage fully from that particular aspect of subsidising petrol so that when the crude oil market is experiencing a rebound, people will absorb the shock.

“But if we wait until the market rebounds, we will spend more in subsidising the product. This is the best time for the Nigerian government to say ‘enough is enough’ and lay their hands off subsidy. Let market forces drive what the cost of petroleum products should be in the market.”

Obi further called for a full deregulation of the oil sector in order to increase competition, create jobs and boost the economy.

On his part, the General Secretary, Nigeria Union of Petroleum and Natural Gas workers, Afolabi Olawale, told our correspondent that there was apprehension among oil workers.

Olawale also said it was important to fully deregulate the oil sector so as to effectively halt the subsidy regime whether crude oil prices rebound or not.

The Director-General, Lagos Chamber of Commerce and Industry, Dr Muda Yusuf, observed that no analyst foresaw the current crude price plunge, adding that it was unhealthy for an economy to be too dependent on primary commodities.

“What is best at this time is to conceive of a Nigerian economy without oil revenue and construct an economic management model based on that premise,” he stated.

Yusuf added, “It is instructive that a review of the 2020 budget is being contemplated. This is inevitable given the collapse of the underlying assumptions of the budget.”

He, however, noted that beyond the budget, there were other dislocations that would result from the current oil price shock, such as weakening of investors’ confidence, generation of speculative pressures on the currency and depreciation of the naira exchange rate.

Others, according to him, are pressures on foreign reserves with profound macroeconomic implications; tumbling stock price; heightened inflationary pressures on the back of currency weakening and high fiscal deficit.

On the way forward, Yusuf said urgent steps should be taken through appropriate policy choices to attract equity in domestic and foreign private sector capital for infrastructure financing.

“The government needs to look beyond tax credit in its quest for complementary funding sources for infrastructure. We should be looking more in the direction of equity financing,” he stated.

He also called for urgent measures to reduce the production costs for oil producing companies to make the sector more competitive.