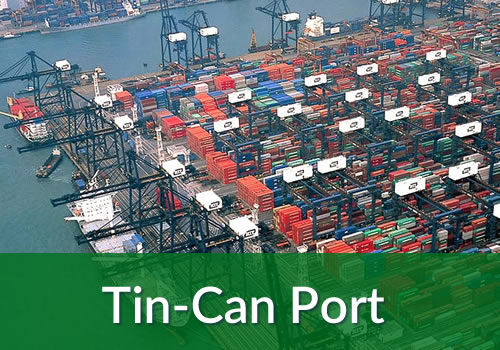 The Nigerian Ports Authority has announced that it has no intention of shutting the seaports in view of the coronavirus spread. The PUNCH reports.

The agency said in a statement signed by its General Manager, Corporate and Strategic Communication, Mr Adams Jatto, that it was acting under the directive  of the President, Major General Muhammadu Buhari (retd.).

It added that arrangements had been made for operations at the ports to continue without hindrance.

According to the NPA, safety procedures, which will guarantee the well-being and security of stakeholders and workers have been put in place.

It advised all stakeholders to comply with the directive of port officials.

The statement read in part, “All other government agencies responsible for smooth operations in the ports are enjoined to be at their respective duty posts to discharge their functions in line with the presidential directive of maintaining operational functions at the Lagos ports.

“The management of the Nigerian Ports Authority assures all stakeholders of its commitment to facilitation of trade in Nigeria.”

Our correspondent confirmed on a visit to the Apapa port that business went on as usual in many areas except the collection of Customs duty and few other port operations that were adversely affected by the closure of commercial banks.

While other banking transactions were being carried out online, it was not possible for importers and Customs brokers to process bank drafts for duty payment, it wa.

Our correspondent gathered that bank drafts could not be processed online and that container-laden trucks seen exiting the ports were those whose duties had beenpaid earlier.