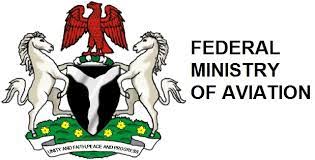 The Federal Government on Monday shortlisted Ethiopian Airlines and a consortium of A. J. Walters/Glovesly/Egypt Air for its proposed aircraft Maintenance Repair and Overhaul facility.

According to a report by the VANGUARD, The consortium of A. J. Walters/Glovesly/Egypt Air was also shortlisted as the preferred bidder for FG’s Aviation Leasing Company.

The Director, Public Affairs, Ministry of Aviation, James Odaudu, said in a statement the processes for the establishment of both the Aviation Leasing Company and the MRO facility were components of the Federal Government’s aviation sector roadmap.

Odaudu said the companies were selected during a process that involved officials of the Ministry of Aviation, the Federal Airports Authority of Nigeria, Infrastructure Concession Regulatory Commission, Federal Ministry of Finance, aviation labor unions, transaction advisers and prospective investors.

“At the end of the conferences, one company, a consortium of A. J. Walters/Glovesly/Egypt Air was shortlisted out of three for the Aviation Leasing Company.  For the Maintenance Repair and Overhaul facility, two companies namely: A.J. Walters/Glovesly/Egypt Air and Ethiopian Airlines were shortlisted out of seven that expressed interest,” he said.

The Director, Planning, Research and Statistics and Chairman of the Project Delivery Team, Alhaji Muhammad Shehu, was quoted as saying the process marked another phase of the Federal Government’s determination to ensure the realization of the projects.