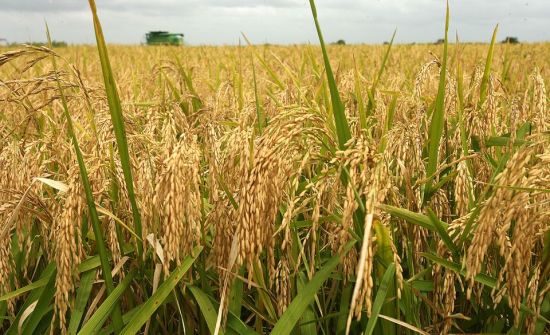 Rice farmers to get single digit loans from CBN

The Central Bank of Nigeria (CBN) says it would offer single – digit loans to Rice farmers with plans underway to also provide index insurance for farmers who are willing to be part of this offer.

This and other details were made available in a statement released and signed by the Press and Public Relations Head at the Ministry of Niger Delta, Ms. Patricia Deworithse.
The statement was issued after another joint meeting that took place in Abuja chaired by the Honorable Minister of the Niger Delta, Goodswill Akpabio and had in attendance representatives of the CBN. The primary focus of the meeting was on how to effectively use farming as a developing tool for the region.

The CBN Governor’s rep. at the meeting, Anthony Ifechukwu said that as far back as 2018, the CBN identified rice, oil palm, cassava and cocoa farming as areas with comparative advantage that can be focused on in the region. He further added that CBN eventually is also looking to focus on other areas such as livestock and fishery production as well.

According to the statement “Ifechukwu also assured participating farmers of a guaranteed market price for their produce, explaining that the bank would give a single – digit interest loan for five years.”
”He advised eligible farmers willing to participate in the scheme to procure quality seedlings from reputable companies and plant their crops in clusters, adding that the CBN will do index insurance for participating farmers.”

The Niger Delta Ministry also expressed its willingness to key into CBN’s plans. Speaking on behalf of the Minister, the Permanent Secretary of the Ministry, Adesola Olusade re-emphasized the ministry’s determination to key into the agricultural revolution in partnership with the CBN.

He reiterated the ministry’s plan to focus on land acquisition through the nine states in partnership with respective governments in the region in other to achieve this.