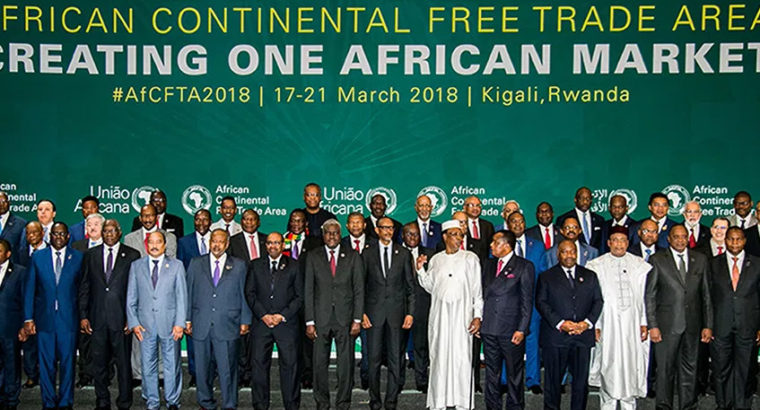 During a webinar recently organized by the American Business Council, which Nairametrics was in attendance, Secretary General, African Continental Free trade Area (AfCFTA), Wamkele Mene, explained that at the heart of the BIAT action plan is ensuring that Africa relies less on the export of primary commodities to develop markets by reconfiguring Africa as a structural economy foundation.

“So, this really leads to where we are today, which is African continental free trade area. The objective of boosting African trade, leveraging on regional supply chain is very important, and we’ve got to have industrial development for that.

But how can the continent tackle the bottlenecks hindering it from achieving the goals? First, according to Mene, is to ensure that the agreement benefits both countries that already have a relative industrial base, manufacturing capacity and export capacity, and the smaller countries without such capacity.

He said, “We have to find ways of ensuring that the agreement benefits countries like Kenya, Morocco, Egypt, and South Africa equally as much as it benefits smaller countries today that don’t have the industrial base and manufacturing capacity.

“So, we have to actively work to build regional value chains that all countries can be part of. We have to identify these value chains so that each and every country in Africa that is part of this agreement can benefit. What we do require is an action plan of implementation of an industrial development strategy that would be applied on the African continent.

Another major bottleneck to trade is the proliferation of various rules. This challenge could be huge, as every African state has different guidelines in certifications. “Custom procedures in all circumstances is always the most challenging part of the trade agreement. It is even more challenging when you have big countries with many borders, some borders are remote from the capital.

“So enforcement is a big problem in a number of ways, like fraudulent invoicing. You have transhippment of goods that come into the border under a preference which these goods should not be enjoying this preference. So this is a problem. There is a general rule when it comes to trade agreement.

“What we have to do as a secretariat is to work with individual countries with regional economic communities such as Ecowas to ensure that we improve capacity of the custom officials, so that custom authorities know what preference to implement in relation to Africa continental free trade area,” he said.

Mene added that Africa and its leaders should see the adoption of AfCFTA as the last opportunity for the continent to be placed on a path for industrial development, and large scale job creation. “We establish value chains so that all countries can benefit from this agreement. So it is a step that will put Africa at the forefront of the leadership of the organization which is a step in the right direction,” he added.

President, American Business Council, Dipo Faulkner, explained that the the Council believes that the Africa Continental free trade area will improve industrialisation, and sustain growth and development in Africa.

He said, “We believe that the Africa Continental free trade Area would hit a haven of challenges, some of which will include infrastructure logjam’s within the zone, protectionism, managing divergent views in interest and trade blocks, harmonisation regulations across the member countries.

“We believe that working with a coalition of stakeholders committed to the successful implementation of the Africa continental free trade area remains very critical for this area to be successful.

“We believe the time is now and at the same time, we need to leverage the fourth industrial revolution which has come to stay. Today, this webinar will address the concerns of the private sector as well as those from the regulatory agencies across Africa.”

According to him, it is important to note that the American Business Council supports the Africa continental free trade area and looks forward to continuing the partnership with it and the African Union, in advancing a shared oath of creating economic prosperity within the region.

The council works with the US missions and other partners on various advocacies that impart social economy and regulatory reforms. As an affiliate of the US chamber of commerce in Nigeria, the council has become a powerful advocacy instrument in Nigeria for the private sector.