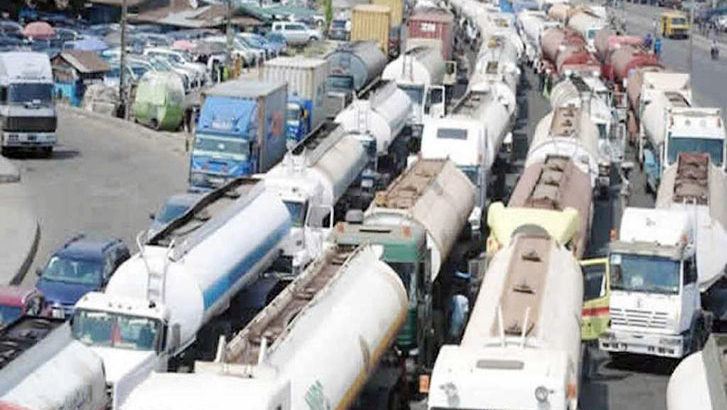 Trucks to be removed from all roads in Apapa – FG

The Federal Government has announced fresh guidelines aimed at stemming the spread of the novel coronavirus.

This is coming against the backdrop of the extension of the lockdown in Lagos and other states for another 14 days.

According to a PUNCH report, the guidelines state, among others, that all trucks along the port corridor including Wharf Road, Commercial Road, Warehouse and Creek roads must be evacuated by the Lagos State Traffic Management Authority, with heavy penalty on their owners.

The Presidential Task Team on Law and Order in Apapa, headed by Vice-President Yemi Osinbajo, issued the guidelines and signed by the task force Vice-Chairman, Mr Kayode Opeifa.

The team added that trucks would no longer be permitted to move at night, except for branded trucks of manufacturing companies such as Dangote, BUA, Honeywell, Flour Mills and Standard Flour.

Opeifa said the decisions were taken by the team after due consultations with major stakeholders operating within the Lagos port sector.

The guidelines read in part, “All fuel depots managements within the corridor are to provide hand sanitizers and hand washing facilities at every depot entry and exit point.”